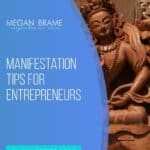 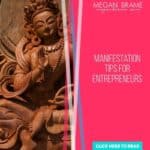 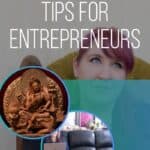 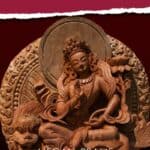 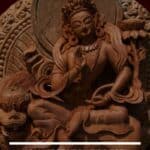 Law of Attraction (LOA) or Manifesting has an unfair stigma attached to it: it’s presented as some sort of “woo-woo” concept that is used by the lazy or the meek who don’t want to put in the work. Asking the Universe for what you want? Pfft, yeah okay, hippie.

And you know, I get it. Letting go and opening yourself up enough to “let” something else be in control of your fate can make you feel vulnerable, so you may put up a defense of skepticism and incredulity to the notion. And that’s fine, except you’re missing out on a huge opportunity for achieving your goals.

Law of Attraction Tips for Entrepreneurs

I’m not a religious person, so I understand the resistance to letting go and letting God/the Universe/etc. take the reigns of your success, so let me offer you some perspective from an agnostic:

LOA and manifesting aren’t about letting go and giving yourself up to a religion or intangible being, they’re about creating a focused effort of your energy. I believe and practice manifestation because I have seen it work for me.

I don’t want to turn this into an infomercial full of “after school special” moments, but I will say that because of LOA I’ve won awards, got my name in the New York Times, landed huge accounts, landed jobs I’ve wanted, had personal goals achieved, got to talk to you here, and more.

To manifest something means to create, right? Manifesting goals, then, means directing energy towards the achievement of those goals.

To put it in a bullet list manifesting means:

Manifesting does not mean:

The long and the short of it is that manifesting goals is about confidence: confidence that what you want is already there and waiting for you to reach it. That’s it!

So how do you invoke manifestations in your business?

1. Give it a priority in your life

Set aside 10 minutes a day to focus on manifesting your goals. I like listening to Abraham Hicks clips or jumping on the Haven app and picking a subject that I want to focus my energy on.

2. Act as if it’s already happened

I mentioned this on a video for Beige House, but one thing I see people doing wrong with LOA is talking about goals in the future tense. Focusing your attention on the future means you’re not practicing diverting your energy towards the goal NOW. Instead, it’s going out into the future which is limitless. To have manifestation work, you have to let yourself believe that what you want is here right now.

3. You have to get vulnerable and give in

The best way I can frame this is: what have you got to lose? Presumably, whatever goal you’re wanting to reach hasn’t shown up yet despite the things you’ve already tried. Why not try letting go of skepticism and instead letting yourself give up control of the map? The path to what you want will show itself when you stop trying to control how it should be and instead open your perspective to what it could be.

I was listening to one of Jen Sincero’s audiobooks in her You are a Badass series where she talks about how she too was not religious but learned to give in and ask God for help. She goes onto say that it doesn’t have to be “God” if that’s not what you’re about, but you do need to give control to a higher power, and I agree. My method is to speak to the Universe because we’re made from it and of it, so whatever I want to happen will take more stuff from the Universe to create, so might as well go directly to the source! If the Universe is still too abstract for you, focus on energy: it cannot be created or destroyed, so think how instead you can have energy manifest the thing you need from it.

5. You cannot be lazy, you have to work

LOA isn’t about asking for what you want, then sitting on a chaise lounge and waiting on things to come on a silver platter. LOA is about attraction and how like attracts like. Think of it like magnets: the stronger the pull, the faster and stronger the magnets will bind to one another. The more you work down the path towards your goal, the stronger your focus will be and thus the quicker you’ll reach your goals. True there are stories out there about how things have “just” fallen into the laps of others, but I’d suggest watching this clip from Abraham Hicks about how it’s not about things “just” happening but rather how “Source” gives you the tools to make it happen.

6. You have to be grateful for your journey

Yes, LOA is about expecting that which you want is already there for the taking, but negative mindsets will only hinder your growth. Practice daily acts of gratitude for all the things you have and what they give you. I do this daily in my bullet journal and believe me, it doesn’t have to be a big grand gesture, gratitude is about being thankful for all the little things that move you into a better headspace that allow you to focus on your goals. Here are some things I’ve said I was grateful for:

Jimmy Bagels not being afraid of fireworks

What can you manifest in your business?

“I have a dedicated fan base who loves what I create and supports me wholeheartedly.”

“I am a money magnet, money just flows easily to me.”

“I am grateful for all of the opportunities that come to me every day and allow me to create new streams of revenue.”

“My business grows daily and expands into bigger warehouses/offices/etc each year.”

5. A cup of coffee if that’s what you really want

“I am grateful for this coffee that rejuvenates me and gives me the energy to create.”

How to build a sales funnel

Season 3 Episode 1: Welcome Back + A Season to be Better

Do you live your brand? I don’t. So I changed

what to do when you feel overwhelmed with work

How to stop the cycle of JADE-ing yourself

5 Tips For Successfully Blogging With ADHD

How to Build a Micro Marketing Targeting Strategy for Your Blog

How to build a sales funnel