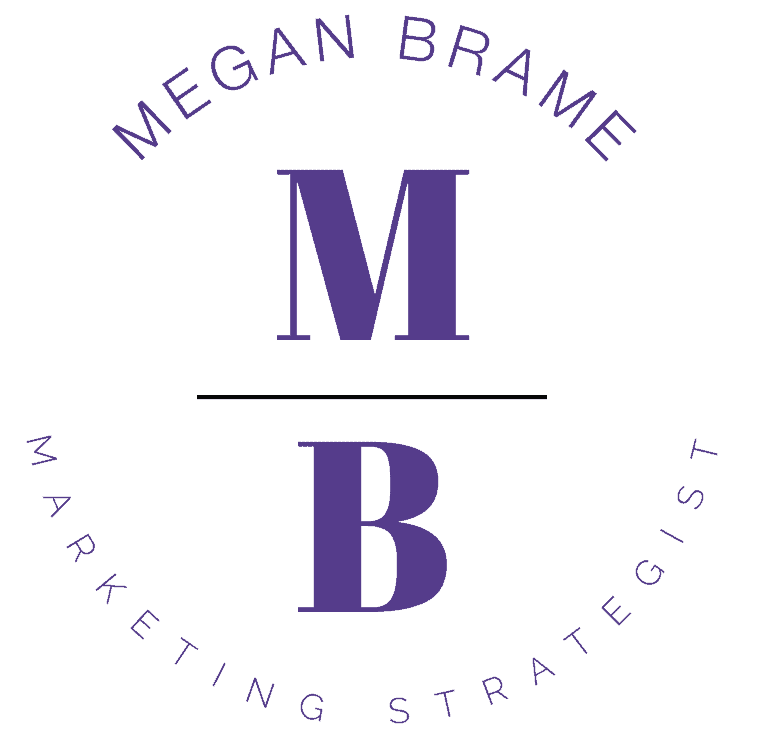 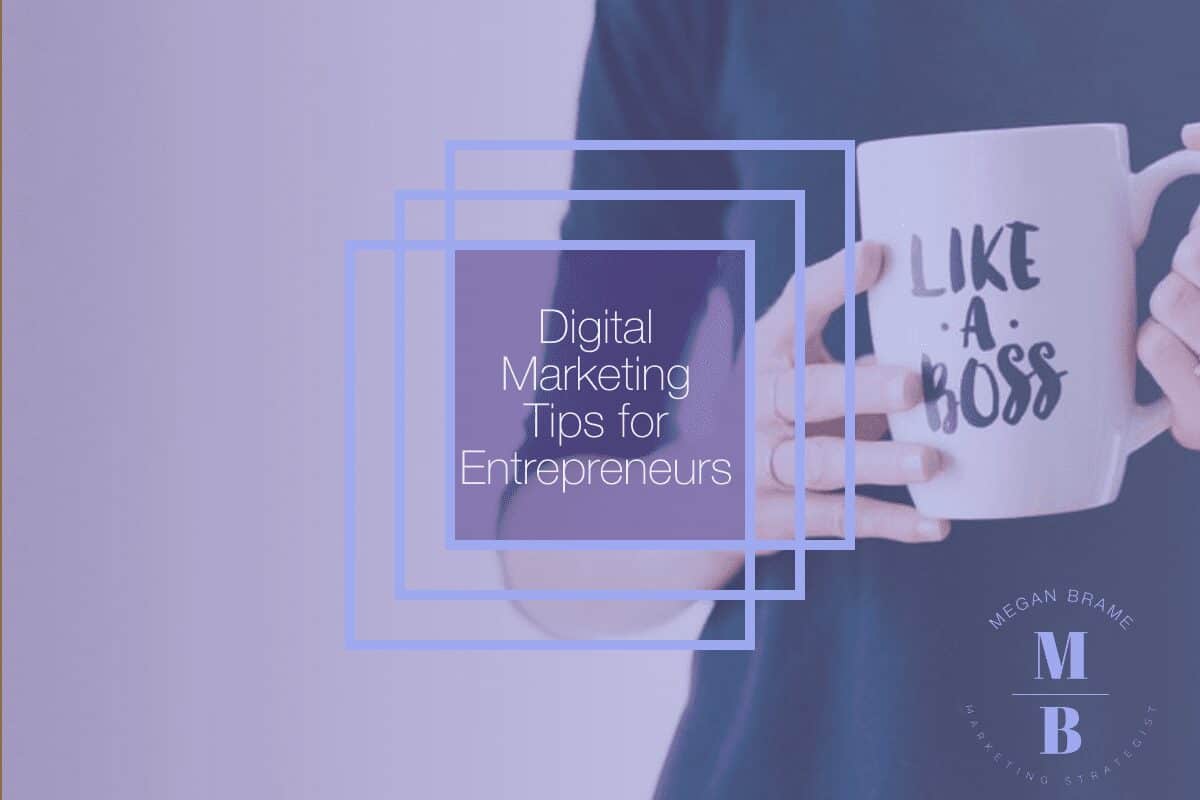 Not my happiest video, but one that needs to be out there! If you want to start a blog as a revenue stream, then you should know about the challenges you’ll have to face as a full-time blogger.

Here are my tips for how you can mitigate or prepare yourself for these challenges.

Hey, guys. Megan here coming to you with my new screen so that you don’t have to see the cluster fuck off things behind me of work works in process, I should say so. One thing that I deal with a lot with my clients is understanding the realities that come along with blogging and, more importantly, three crappy sides of blogging. The things that we all have to do as bloggers that just, you know, their reality and they’re not that great. They don’t feel great, but they’re part of the job. And that’s one thing that I want toe clarify before I dive into this is that while some of us have the privilege of being self employed full time and are doing our dreams, um, it’s not always sunshine and rainbows.

You know, there are a lot of things that come along with running a business, especially in online business, digital or, you know, whatever blogged that suck. And it’s just reality. And I think that not the people out who are outside of it are naive to it, but more that it’s just not talked about a lot. And so I wanted to talk about the what I call the crappy sides of blogging, but I guess what would be a more diplomatic way would probably be something like the realities of running a block full time.

So first one is that it’s not fast. It is not a fast process to earn an income. Blogging takes a lot of time and effort, especially in the beginning, and well, I mean throughout, because so you’re building the blogged and to start making any kind of income with ad revenue. Let’s start with ad revenue, so ad revenue you can start with AdSense, which is Google, but their pay is terrible, and they’re really just a good way for you to start getting an understanding of what it takes to drive traffic and receive a profit from it. So to give you an idea, Google will only pay you in increments. You have to reach $100 threshold before they will pay you. And it took me seven years to hit that $100 for my blog’s from there, it kind of, you know, it started building on each other, too, you know, I talked about it in my income streams that I get 100 bucks about every two months from Google Now, clearly, I am not a full-time blogger.

You know, blogging is just one aspect of my full-time business. But to get a steady year stream of ad revenue income, I would need to start getting some serious traffic. And I think that there’s ah oh, there’s one ad company and I can’t remember their name right now, but they will allow you to join if you have 10,000 sessions a month and the other ones our ad thrive and Media, vine and media vine just increased their minimum requirement from 25,000 to 50,000, I think, and add. Thrive requires 100,000, and those are sessions per month is not users at sessions. And if you want information on that, we can talk about what the differences in another episode. But just my point is you need to generate ah lot of traffic to your block before you’ll start seeing any kind of ad revenue and affiliate income you can have I think Bluehost used to pay. I don’t know if they still diy, but bluehosts used to pay 100 bucks a lead for anyone you referred, who’s bought a Web hosting account with them, and I think their Web hosting was, like 36 bucks a year or something so clearly, whatever their lifetime value is for the customer was way better than what the 100 bucks they were paying us. So consequently. That’s why you saw so many people referring recommending blue host because their affiliate income was really great. I don’t know if it is anymore. Frankly, I don’t like them. I don’t like their customer service or they’re offering, so I don’t promote them as an affiliate. But think about how many people have to see a link to Blue Host. Let’s just say blue host, because that’s the only I can think of the top my head. So think about how many people have to either see the link on your website to Blue host or hear your podcast that recommends blue host or your video or whatever. How many of you have to see that link? Not all of them are going to click it the ones that click it. Not all of them are going to sign up. So there’s a funnel right, and you need more people in that funnel to increase your conversion so that you can start generating income. You know, I think that I don’t know the stats, but let’s say it’s like 1% of people that end up going through the funnel Foreign affiliate subscribe. If you only have 10 people that air in your funnel chances that it’s going to be one of them. Following through is not that high. You know you need, ah, wider pool, and so you have to generate traffic. And so that’s my whole point for this really long. Fact is that it’s not instantaneous. It requires a lot of time, a lot of marketing, a lot of SEO effort. And let’s talk about that, too. Let’s talk about the different crappy things that have to go into a block post, so editorial calendars are always way Yeah, required, like I can’t You can’t run a blogging business on the fly. You have to have an idea of what you’re going to write about and have a consistent schedule so that you have constant content being delivered, and then you can market that content via social media or whatever. So you need the editorial calendar, right? So you need to think ahead of time, what you’re going to write about, then you need to create a copy for it. You need to also create the creative for it, and that is, you know, visuals. If you’re like a DIY blogger, or if you are home to court or something like that, you need to create those ahead of time. From there. You have to move into how that’s being marketed, and so you have to spend time setting up the social media for it, and not only the social media push but the social media engagement. So you have to have the time to out to reach out to people who would be interested in it, um, PR for it. So if you mention company that is in the block post, it’s good practice to let them know that they’re mentioned so that they can help promote you to you have to set up a schedule for that marketing. You can’t just market it once. You can’t just market the block post one time because the eyes that see it through.

Let’s say you’re just using Instagram and Betty’s walking around. So you’re just gonna hear some stuff in the background. 13 year old cats. They have the free rein. So think about the Instagram algorithm, right? Instagram will not share your post to everyone. They just don’t because their job is to keep people on the app. And so they need to keep people on the app by showing them things that they’ll be interested in. Instagram will not think your content is interesting because you haven’t driven a lot of people to it to keep them on the app there watching how much time people are scrolling when they’re slowing down on the scroll and looking at something or commenting or engaging. Hi, Betty, if you don’t have high engagement levels, Instagram doesn’t care and they won’t promote it, despite how hard you’ve worked on it and how much you need this to work. It doesn’t work that way, so you have to keep pushing out content for one block post, and that is across all platforms that you’re on. Instagram Facebook, Pinterest, ticktock, Twitter. If that’s your market linked in, it runs the gamut YouTube.

So I’m sure you’ve seen influencers out in the world taking pictures while you’re just going about your day or something. and maybe you scoff of them. Or maybe, you know, you just ignore them totally or you. You respect them further puzzle, you know, whatever. But that’s something you’ll have to take into consideration, too. You know, part of being a public person is being a public person and showing people parts of your world that seem, um, intimate, I guess. But they don’t have to be entirely intimate like they don’t have to be. I don’t know. There’s parts of you you can still keep to yourself, and I hope that you dio and I hope that’s what I want to say about boundaries is that you’re gonna have to open up your boundaries a little bit when you start becoming a public person with a blogged. That said, you have to learn in a very confident way of what you’re willing to show and what you’re not willing to show, and you do have to show some authenticity. So e. I say this wearing makeup, but you can’t wear makeup all the time. You know, like you can’t. It can’t always be perfect. It has to be a little bit flawed to show people who you are. But You have to learn that there is a strong boundary that you have to set on what that is for me. I don’t show my husband because he doesn’t want that. And also, I mean, that’s the most important part, right? But also, like, there’s some parts of me that I want to keep for myself and that aren’t relevant to the life that I use to the business that I run to help people. You know, I help people with marketing. My husband isn’t a part of that makes sense like he’s a part of my whole life. But he’s a private person and he doesn’t want to be a public person. And so I respect that, and he’s not in the any of my content. You know, I was like I mentioned him occasionally, but he’s not a focus and another, you know, um, instead, I use the pets more. It’s just like it’s the trade off that you have to do, and it’s lot of work. It’s a lot of mental strain, thinking about content all the time, and is this something I want to post or is this something I believe to myself? You know it’s a balancing act that you have to Really you’re gonna mess up occasionally, and you just have to kind of learn how to roll with that. And so that’s something you should always be cognizant enough. So those are the things to consider when you’re running a blogged. I hope this was helpful, even if it’s a bit of a downer. But my point is that I want you to have a good idea of all of the different things that are going to go into running your blawg. If this was helpful, I’d love if you left a thumbs up and like this so that other people can see it or leave a comment. I’m happy to help you if you have any questions or concerns, otherwise I will talk to you next week.

Listen to the podcast!